The NYTimes has a front page article up about the infighting between state, defense and white house officials about detainee policy and torture, or as they call it "coercive methods." Memo Fueled Deep Rift in Administration on Detainees.

Yes, it fueled a deep rift, but guess who won the argument?) (my emphasis added

In a nine-page memorandum, the two officials, Gordon R. England, the acting deputy secretary of defense, and Philip D. Zelikow, the counselor of the State Department, urged the administration to seek Congressional approval for its detention policies.

They called for a return to the minimum standards of treatment in the Geneva Conventions and for eventually closing the detention center at GuantÃ¡namo Bay, Cuba. The time had come, they said, for suspects in the 9/11 plot to be taken out of their secret prison cells and tried before military tribunals.

When the paper first circulated in the upper reaches of the administration, two of those officials said, it so angered Defense Secretary Donald H. Rumsfeld that his aides gathered up copies of the document and had at least some of them shredded.

Â“It was not in step with the secretary of defense or the president,Â” said one Defense Department official who, like many others, would discuss the internal deliberations only on condition of anonymity. Â“It was clear that Rumsfeld was very unhappy.Â”

Go read the entire article. It's clear that Rummy and Cheney are still driving the policy bus to the detriment of us all. I found this final paragraph to be the most chilling:

The element of the new legislation that raised the sharpest criticism among legal scholars and human rights advocates last week was the scaling back of the habeas corpus right of terrorism suspects to challenge their detention in the federal courts. But in dozens of high-level meetings on detention policy, officials said, that provision was scarcely even discussed.

They discarded one of our most cherished rights with scarcely any discussion at all. So much for having the "grown ups" in charge. No wonder the entire world thinks we're a bunch of torturing orcs.
Posted by four legs good at 3:09 PM No comments: 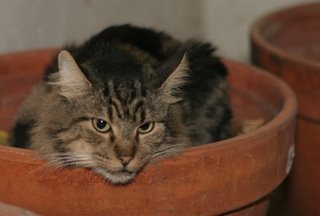 He likes taking naps in that terra-cotta pot. This is from last Saturday- it was beginning to storm, so I went outside to holler for him... but no Mr. Plushy. I stood there calling him for a good 10 minutes before I noticed he was right under my nose, looking at me like, "Why ever are you shouting?"
Posted by four legs good at 6:05 PM 6 comments: 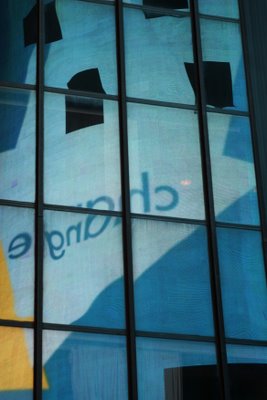 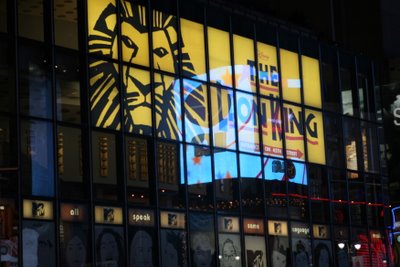 I can't think about the destruction of the constitution any longer, so instead I'll post some photos from my trip to NYC earlier this week.

This, of course, is one of the famous lions in front of the NY Public Library. 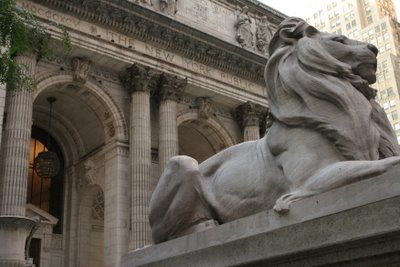 And here's the chaos on 5th Avenue that he stands sentinal over each day. 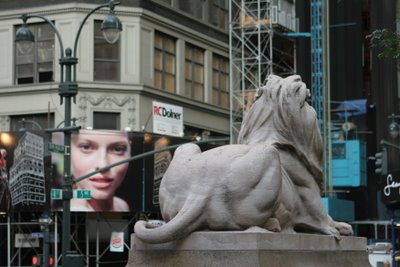 The construction across the street is an apartment building that is being renovated. It's a disturbing trend in NY recently- a developer comes in a buys the property, kicks out the current tenants, renovates and resells to rich folk. Voilá, profit!! The apartments start a $1 million.

There are dozens of these projects going on in Manhattan right now. The rich get richer.... and you know the rest.
Posted by four legs good at 6:01 PM 2 comments:

Today is a terrible day for the United States and for anyone who loves the constitution. The senate just voted down Arlen Specter's amendment that would have preserved the writ of habeas corpus, one of our most cherished rights. Our founding fathers fought and died to give us the right to be free from arbitrary detention by government.

The senate just cast that right away with only a few hours of perfunctory debate and I expect that later today they will pass the entire abomination of a bill, legalizing torture, indefinite detentions and retroactively immunizing anyone who has tortured in the past.

It's a very dark day for America.

Via Froomkin, take note of this from Yale law professor Bruce Ackerman:

"Buried in the complex Senate compromise on detainee treatment is a real shocker, reaching far beyond the legal struggles about foreign terrorist suspects in the Guantanamo Bay fortress. The compromise legislation, which is racing toward the White House, authorizes the president to seize American citizens as enemy combatants, even if they have never left the United States. And once thrown into military prison, they cannot expect a trial by their peers or any other of the normal protections of the Bill of Rights. (my emphasis added)

"This dangerous compromise not only authorizes the president to seize and hold terrorists who have fought against our troops 'during an armed conflict,' it also allows him to seize anybody who has 'purposefully and materially supported hostilities against the United States.' This grants the president enormous power over citizens and legal residents. They can be designated as enemy combatants if they have contributed money to a Middle Eastern charity, and they can be held indefinitely in a military prison."

I'll go Professor Ackerman one further- we've had the VP say publicly that anyone who publicly criticizes the president's war policies is aiding the terrorists. What's to stop the administration from detaining John Murtha? or John Kerry? or Howard Dean? or you or me or Cindy Sheehan? Everyone should remember that this is the gang who thinks the Vietnam war was lost due to a bunch of rabble rousing hippies. For the first time in my life, I'm actually worried about what I say publicly.

Anyone who thinks the can be trusted with this power is fooling themselves.

The NY TImes editorial Rushing off a cliff, comments:

Here’s what happens when this irresponsible Congress railroads a profoundly important bill to serve the mindless politics of a midterm election: The Bush administration uses Republicans’ fear of losing their majority to push through ghastly ideas about antiterrorism that will make American troops less safe and do lasting damage to our 217-year-old nation of laws — while actually doing nothing to protect the nation from terrorists. Democrats betray their principles to avoid last-minute attack ads. Our democracy is the big loser.

But Americans of the future won’t remember the pragmatic arguments for caving in to the administration.

They’ll know that in 2006, Congress passed a tyrannical law that will be ranked with the low points in American democracy, our generation’s version of the Alien and Sedition Acts.

I'm going to disagree on one point- I'm not sure America is going to survive long enough to fix this catastrophe.

I think the answer is clear. Everyone in America should be ashamed today.
Posted by four legs good at 11:36 AM 3 comments:

Mr. Plushy was a little annoyed that I left him to go to NYC. He had a nice babysitter to feed him delicious paté and scritch his ears, but he could not go out to prowl. Alas. 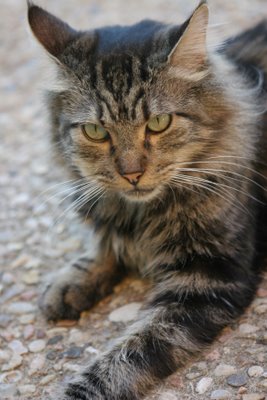 He seems to be getting over it though. 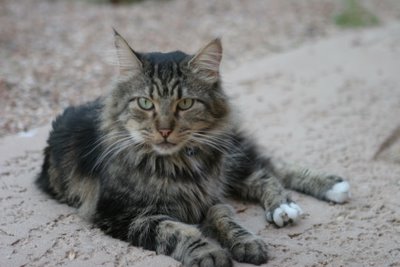