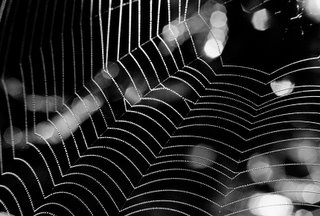 Via firedoglake, we learn that John Dickerson, formerly of TIME Magazine, has spilled his guts in Slate on his role in l'affaire Plame. Where's My Supoena?

As Reddhedd says, he drops some bombshells. Dickerson Speaks...And Drops Some Bombshells

In Washington, the only thing worse than having to testify before a grand jury is not being asked to. I never wanted to go to prison or make hard choices about protecting my sources, but I thought I'd get more out of my bit part in the Valerie Plame saga than the overheated scrutiny of a few bloggers.

Back when I was at Time, I co-wrote the July, 2003 story that has made the last two years of Matthew Cooper's life so difficult. After the special counsel went after Matt so enthusiastically, the arrival of men in trench coats asking what I knew seemed imminent. But I never got to try out any of my Dashiell Hammett lines on them. When my other former Time colleague Viveca Novak got tangled in Fitzgerald's hunt last year, I thought, OK, they're coming now for sure. Nope. No Fitzgerald; no FBI; no nothing.

But it turns out the special counsel was on to me all along. Last week, Scooter Libby filed a motion requesting materials from Patrick Fitzgerald's investigation.

Though Fitzgerald threw out the tidbit about me (thanks, Pat), he turned down Libby's request to pick through his investigative material. Now it's up to the judge to decide whether Libby gets to take a look. While the wheels of justice grind, here's my story....

Go read the rest, and reddhedd's excellent analysis. The WHIG group has got some serious 'splaining to do.
Posted by four legs good at 10:05 AM