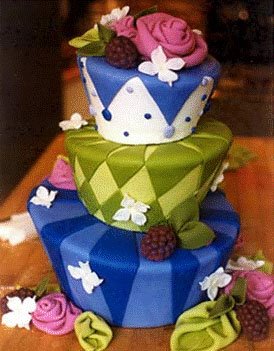 Maxx, who luvvvvs Thersites, has baked him a cake to celebrate his birthday.

It is a delicious confection of chicken with bacon filling, topped with a buttercream-liver frosting.
Posted by four legs good at 2:45 PM 10 comments:

A rerun for Sally

I haven't had time for much of anything today. Or lately. But here's some plushiness to tide you over.
Posted by four legs good at 5:10 PM 3 comments:

Ya know, Mr. Plushy claims not to like the peep, but everytime I turn around they're hanging together.

I'm too lazy to link to it, but chimpy has hit 33% approval in a FOX news poll. Mr. Plushy finds that news absolutely delicious.
Posted by four legs good at 1:36 PM 3 comments:

My apologies for the lack of posting the past few days. Regularly scheduled snarkiness and plushyporn™ shall resume shortly.

I apologize for any plushy-withdrawal related symptoms you may be experiencing. In the meantime you'll just have to make do with a re-run.
Posted by four legs good at 11:24 PM 1 comment: 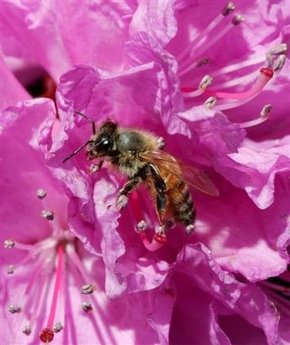 What is this "spring" you speak of? I do not know what season that might be.
Posted by four legs good at 1:01 PM 1 comment:

Maxx forgot to put his tongue away.
Posted by four legs good at 10:57 PM 3 comments:

Clearly Aunt Vicki is in some difficulty today....

...liberal applications of plushyness™ are called for!! Mr. Plushy to the rescue!
Posted by four legs good at 3:19 PM 9 comments: 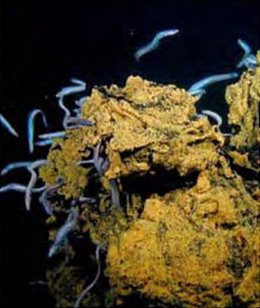 Wow, I love that name.

Via National Geographic News, a Giant Deep-Sea Volcano with a "moat of death" has been found.

Beneath the waves of the South Pacific lies a volcanic realm nearly as strange as that featured in TV's hit drama Lost.

But instead of a mysterious island, scientists have found a bubbling submarine volcano whose weird features include a swirling vortex, a host of strange animals, and a fearsome zone of toxic waters dubbed the Moat of Death.

The volcano, described in this week's online edition of the Proceedings of the National Academy of Sciences, sits within the crater of a gigantic underwater mountain rising more than 4,500 meters (15,000 feet) from the ocean floor near the island of Samoa.

The seamount, called Vailulu'u, is an active volcano, with a 2-mile-wide (3.2-kilometer-wide) crater. The cone rising within it has been dubbed Nafanua, for the Samoan goddess of war.

I suggest we immediately send a republican congressional delegation there on a fact-finding mission.
Posted by four legs good at 3:14 PM 2 comments:

It's Monday and it's going to be 100 degrees here today. Ack. I wish I were home hanging out in the ac with this furry guy.
Posted by four legs good at 9:38 AM 5 comments:

We don't much care about Easter. Especially since it was freaking 96 degrees here today, and promises to be 100 tomorrow. Feh.

In the meantime, Maxx is sure those evil little peeps are just waiting for their chance to sneak back in. He is ever vigilant.
Posted by four legs good at 9:27 PM 4 comments:

Billmon links to an op-ed from Richard Clarke and Steve Simon about the impending war on Iran, Bombs that Would Backfire:

...The president assures us he will seek a diplomatic solution to the Iranian crisis. And there is a role for threats of force to back up diplomacy and help concentrate the minds of our allies. But the current level of activity in the Pentagon suggests more than just standard contingency planning or tactical saber-rattling.

The parallels to the run-up to to war with Iraq are all too striking: remember that in May 2002 President Bush declared that there was "no war plan on my desk" despite having actually spent months working on detailed plans for the Iraq invasion. Congress did not ask the hard questions then. It must not permit the administration to launch another war whose outcome cannot be known, or worse, known all too well.

That's hardly surprising. Bush's lips have been moving, which means he's certainly lying. But this little nugget that Billmon posts in his update is simply terrifying (from the transcript of Col. Sam Gardiner talking with little Wolfie Blitzer):

GARDINER: Actually, Jim, I would say – and this may shock some – I think the decision has been made and military operations are under way . . .
The Iranians have been saying American military troops are in there, have been saying it for almost a year. I was in Berlin two weeks ago, sat next to the ambassador, the Iranian ambassador to the IAEA. And I said, "Hey, I hear you're accusing Americans of being in there operating with some of the units that have shot up revolution guard units."

He said, quite frankly, "Yes, we know they are. We've captured some of the units, and they've confessed to working with the Americans."

The evidence is mounting that that decision has already been made.

This is bush, using his "gut instinct" again, and getting it dead wrong. These nutters will do this, because they think they can, and because they think it will save their hides. They won't consult congress, and they won't listen to anyone that has the temerity to tell them that this is a really, really bad idea. And as the above exchange shows, the press will ignore all the signs and then be awed and amazed when the bombs do start to drop.

You know what I would like? a world where we didn't have a lunatic in the white house and where Billmon didn't feel compelled to sit up at 1:00 am posting things guaranteed to scare the crap out of me.
Posted by four legs good at 2:16 PM 1 comment: