Maxx Blogging! and WHY I SUCK

Sorry for the lack of posts this week - after a fall dominated by the election and too much work, I've been trying to get my life in order. I atone by delving into my photo archives for some early photos of Maxx. 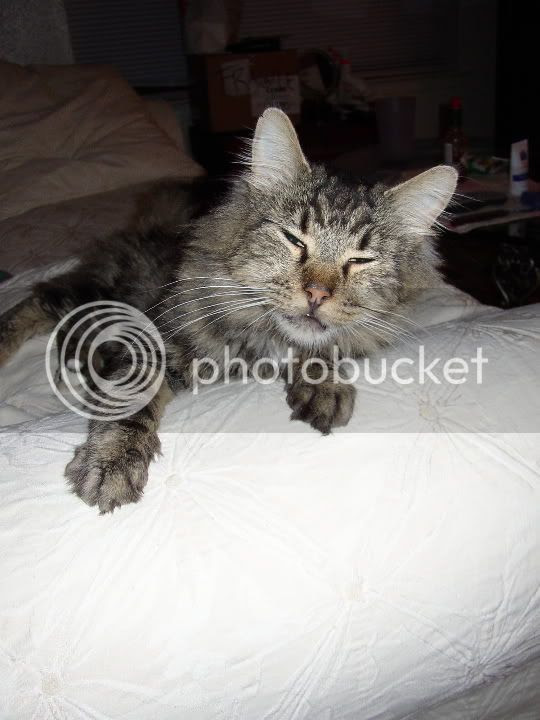 I took this one on the very first night he came to live with me. He's squinting because this was pre-SLR and he wasn't liking the FLASHY-THINGY. 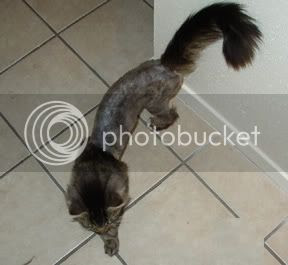 Poor kitteh- here he is the day he got shaved at the vet - his fur was so matted there was no way around it. He didn't seem to mind, but he sure did look silly. 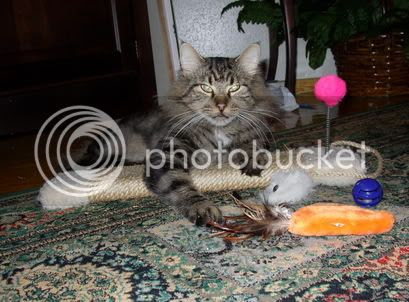 This photo is about 6 weeks in - he'd survived the awful surgery, was recovering, getting healthy and enjoying a plethora of kitteh toys. 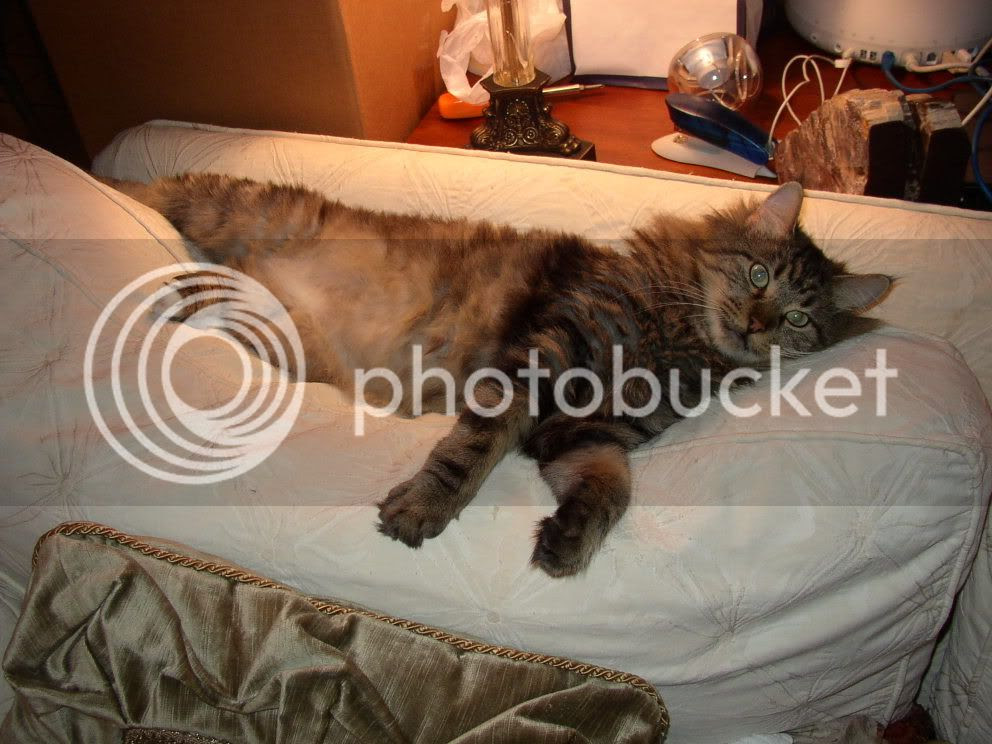 And this might be one of my all time favorite photos - not because it's such a great photo (it's not) but because of what he's doing in the picture. I took this while he was watching a show on Discovery Channel about Humboldt Squid. It was the damnedest thing I'd ever seen - he watched the entire show from start to finish, completely fascinated. When the squids would appear out of the depths he would literally drop his jaw open a bit as if to say, "oooooh! look at that!" Anytime the show aired I'd put it on and he'd faithfully watch it. To this day I don't know what he found so interesting (from a cat's perspective). It's not like he knew what a squid was - they aren't actually the natural prey of kittehs.

Another thing he watched from start to finish was the movie "Kingdom of God." You noes the one, with Orlando Bloom about the crusades and Saladin besieging Jerusalem. Your guess is as good as mine. He was even rapt during the slow parts. He was a funny little guy.

I still miss him everyday.