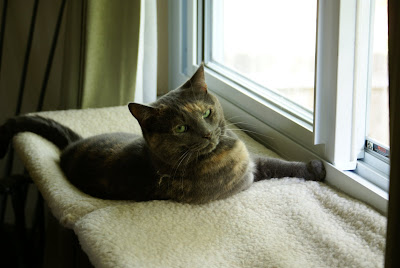 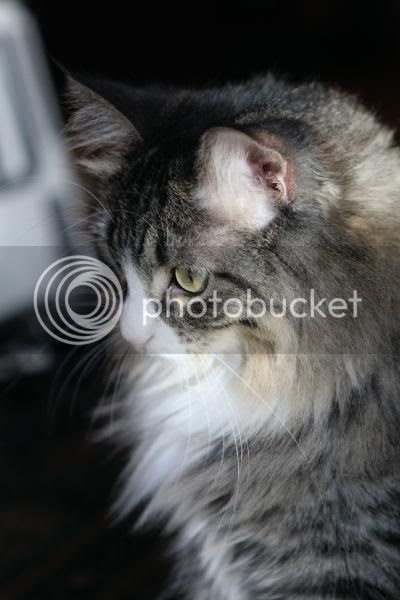 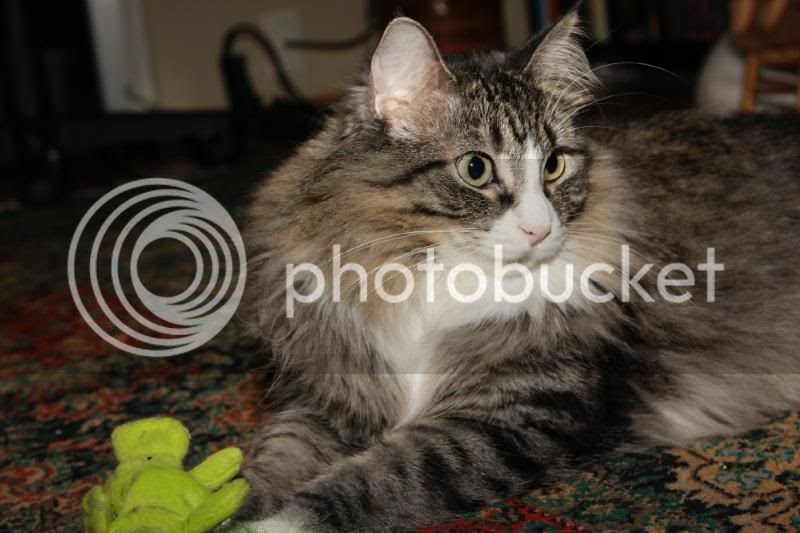 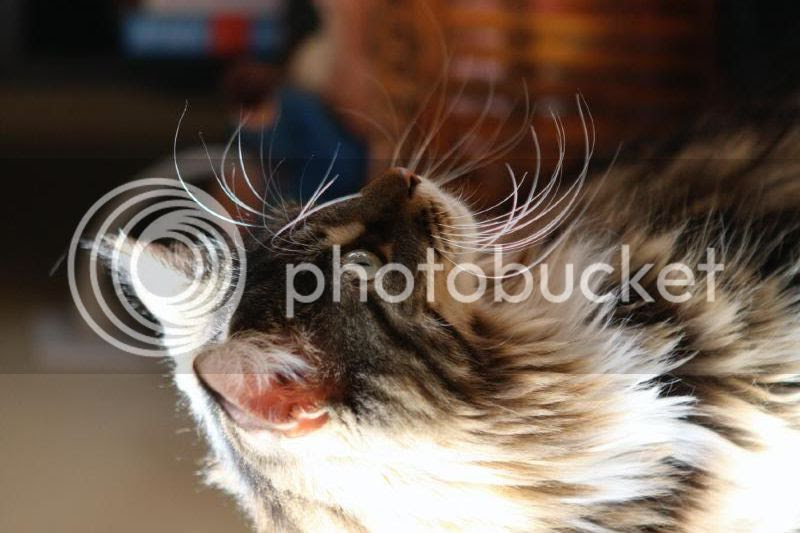 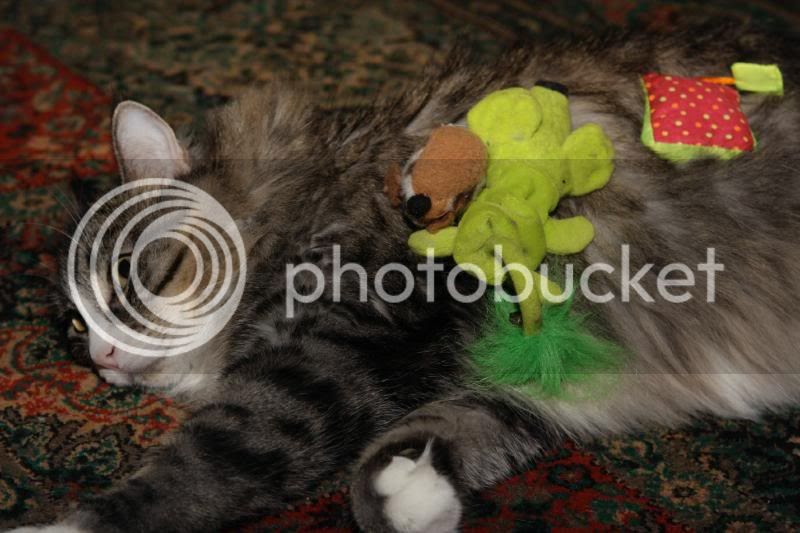 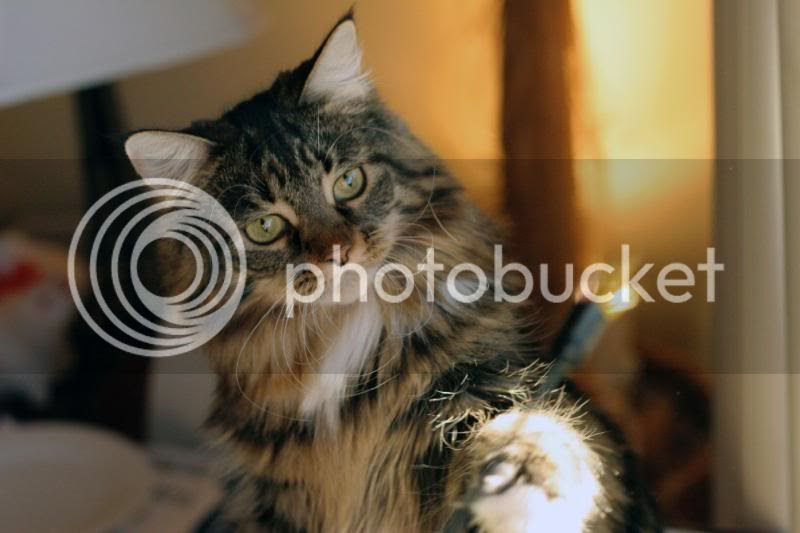 We also love teh CLOUDS 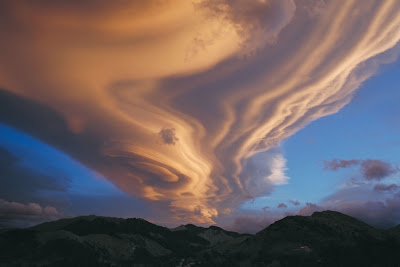 Also from Astronomy Picture of the Day, a crazy lenticular cloud over New Zealand. Lovely.

What's happening above those mountains? Several clouds are stacked up into one striking lenticular cloud. Normally, air moves much more horizontally than it does vertically. Sometimes, however, such as when wind comes off of a mountain or a hill, relatively strong vertical oscillations take place as the air stabilizes. The dry air at the top of an oscillation may be quite stratified in moisture content, and hence forms clouds at each layer where the air saturates with moisture. The result can be a lenticular cloud with a strongly layered appearance. The above picture was taken in 2002 looking southwest over the Tararua Range mountains from North Island, New Zealand.

Photograph by Chris Picking. Click on either the link, or the photo and see the full size - it's worth it.
Posted by four legs good at 1:37 AM 3 comments:

We love the MOOOON!! 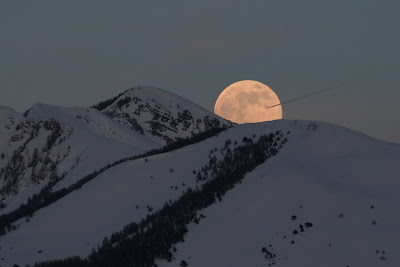 This photo was taken on January 13th, the day of the largest full moon of 2009. Yes, it's all downhill from there.

photo: Vincent Jacques, from Astronomy Picture of the Day

A larger moon will not be seen this year. This past weekend, the largest full Moon of 2009 could be seen from almost any clear location on planet Earth at night. The large angular extent of the full Moon was caused by the Moon being unusually close to Earth during its full phase. Because the Moon circles the Earth in an elliptical orbit, its angular size depends on how close the Moon is to closest approach (perigee) or farthest distance (apogee). Even so, the Moon's was only about 15 percent larger in area and brightness than a more typical full Moon. In this image, a dramatically positioned Moon is seen rising above the Alps from Breil-sur-Roya in the southeast of France. Taken with an ordinary digital camera but extraordinary timing, the image also captured a crossing jet plane. The last full Moon, in 2008 December, was the largest full moon of 2008.

Posted by four legs good at 1:16 AM No comments: 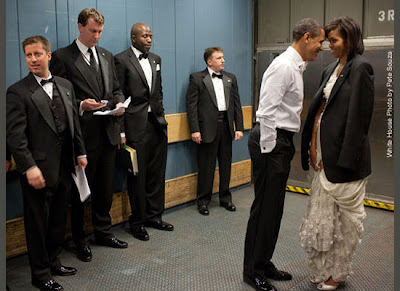 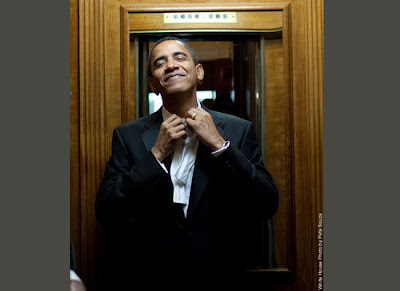 These pictures are so happy, they almost qualify as plush. Isn't it nice to have a first couple that we can be proud of?
Posted by four legs good at 12:37 AM 4 comments: