I'm glad it's Friday. This week has been suxxor.
Posted by four legs good at 4:22 PM 14 comments: 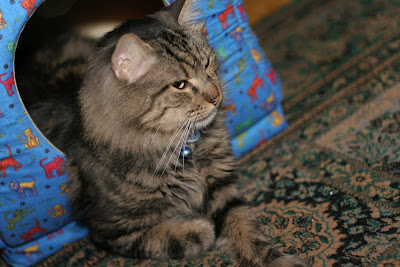 The feline equivalent of "baroooo!!"
Posted by four legs good at 9:43 PM 9 comments: 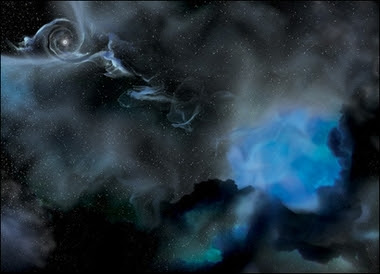 AFP/NASA PHOTO: In this artist's portrayal by Aurore Simonnet of Sonoma State University, the black hole lies at the upper left and its companion star is on the right.

Amazing. Atronomers have discovered the biggest black hole orbiting a star 1.8 million light-years from Earth in the constellation Cassiopeia, with a record-setting mass of 24 to 33 times that of our Sun. Absolutely incredible.

The massive newcomer beats the previous stellar-mass black hole discovered October 17 in the M33 galaxy that has 16 times the mass of our Sun, the US space agency said.

Like the much larger, supermassive black holes found at galaxy centers, stellar-mass black holes have such powerful gravity fields that not even light can escape them. Astronomers estimate their mass by measuring their gas emissions and the gravitational effect on the stars they orbit.

"We weren't expecting to find a stellar-mass black hole this massive," says Andrea Prestwich of the Harvard-Smithsonian Center for Astrophysics in Cambridge, Massachusetts.

I'll say. When I was in college, back when dinosaurs ruled the earth, scientists didn't think black holes would get any larger than 8 or 9 solar masses. Stars larger than that were thought to go supernova. The discovery was made with NASA's Chandra X-Ray Observatory. You know, one of those science projects that fundies and republicans love to hate.

What a gorgeous illustration, eh? I loves me some outer space.
Posted by four legs good at 6:15 PM 2 comments:

I think I have ghotices upstairs. The gurlz spent quite a bit of time looking at the ceiling last night when I know for a fact no one was home. I heard all kinds of bumps and spooky noises.

A tail of 2 KitTehs

They want to know when I'm gonna maik them a cheezburger.
Posted by four legs good at 12:42 PM 5 comments: 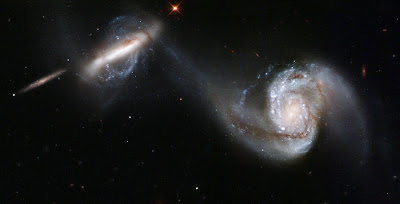 Check out this amazing image (in high resolution)- it's simply stunning.

This newly released Hubble image shows the intertwined pair called Arp 87, two big galaxies undergoing a collision. Halton Arp is an astronomer who cataloged peculiar galaxies in the 1970s, and many of them have been found to be colliding, or at least interacting in some way. This pair consists of NGC 3808A, the big spiral on the right, and NGC 3808B, the odd cigar-shaped dude on the left (actually, it’s an edge-on spiral). They are about 300 million light years away in the constellation of Leo, for those keeping track at home. They are separated by about 100,000 light years. The other edge-on spiral is a background galaxy, apparently.

Hat tip to Tom, who was kind enough to email me the link.
Posted by four legs good at 11:43 AM 3 comments: 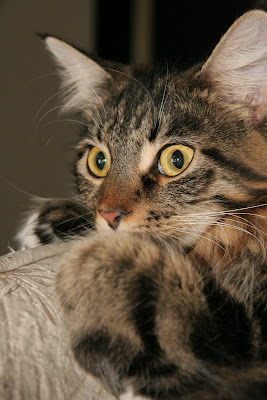 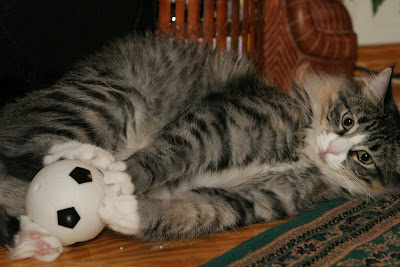 Mah gurlz R teh cutest kittehs in teh world. (pics are high resolution- I insist U click on them and marvel over teh kitteh goodness)
Posted by four legs good at 11:28 PM 8 comments: 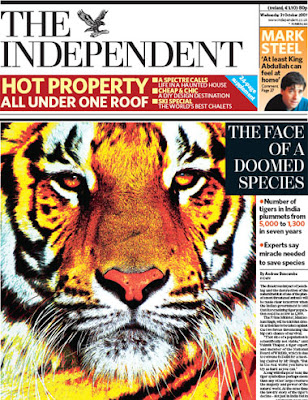 Humans suck. That is all. 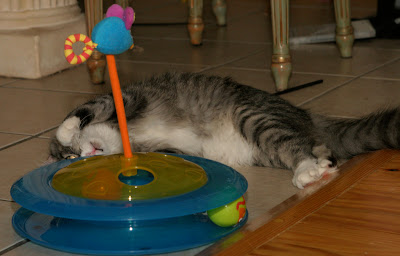 I have a bad habit of accumulating photos and scans on my desktop. Found this one of Ripley just nao. Silly gurl.
Posted by four legs good at 2:39 PM 2 comments: 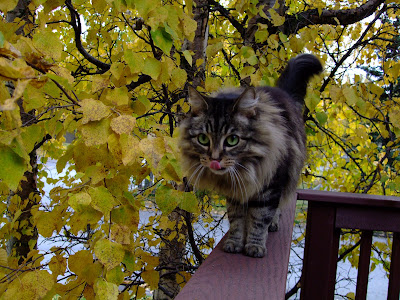 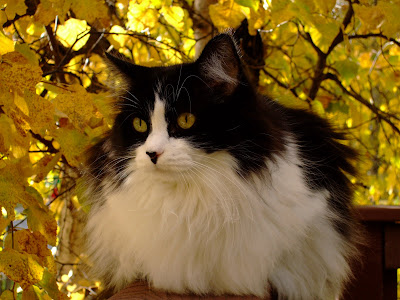 Who live with Barry and our sweet pirate kitteh Zoey in Alaska. Not sure if I posted these before- just found them sitting on mah desktop. 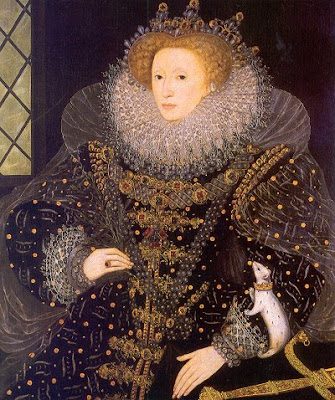 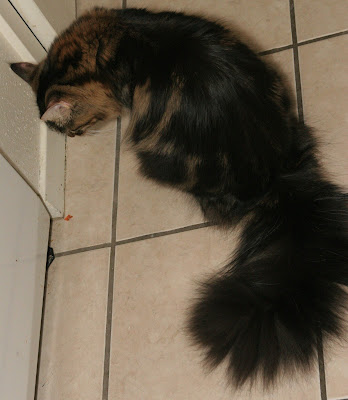 (high resolution photo for all the teh scary tail details)
Posted by four legs good at 6:47 PM 4 comments:

This is what dinner time looks like everynight in the 4lgs household. U know kittehs enjoy being halpful. 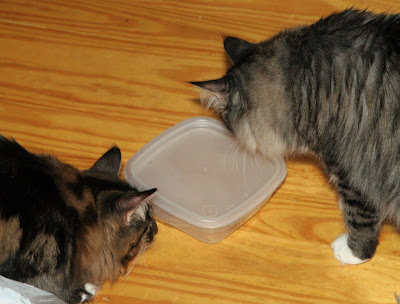 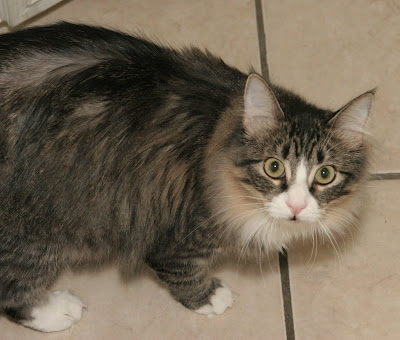 U rdy to cook din din? I halps U 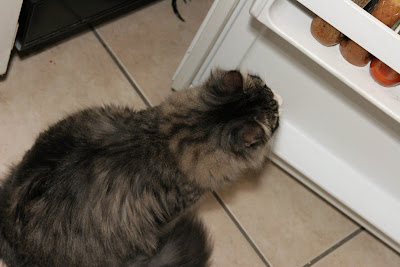 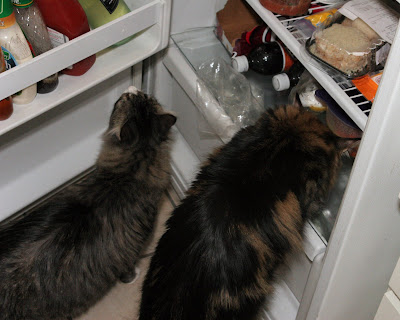 Luckily, Maddie didn't find the dellicious crabcakes on the shelf above her haid.
Posted by four legs good at 12:50 PM 10 comments: