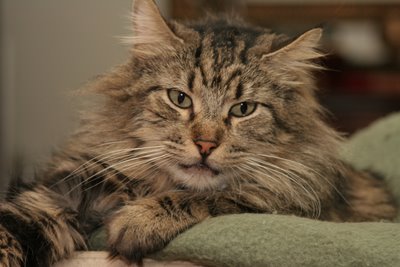 Poor lion kitty Maxx had a tough day. First he had to go to that terrible place where people stick needles in him and poke at his sore mouf. Then he kept telling his centaur that he had to go potty but no one could understand him. Finally he had to pee in his sherpa carrier. It was humiliating.

The good news is that his blood work looks pretty good and he's gained a couple of ounces. He had a nice dinner and some nice drugs and now he's napping like a good little stoner.

And tomorrow is Thanksgiving!!
Posted by four legs good at 8:48 PM 13 comments: 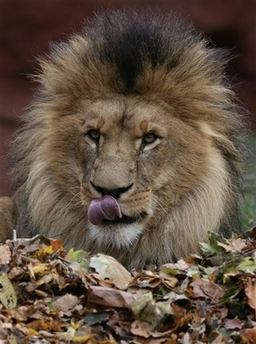 This lion's name is actually Lion Max. He lives at the Hanover Zoo in northern Germany and he's almost as regal as lion kitty Maxx. But not quite.
Posted by four legs good at 12:29 PM 5 comments: 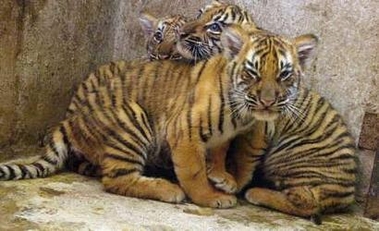 Just because we love them.
Posted by four legs good at 12:25 PM No comments: 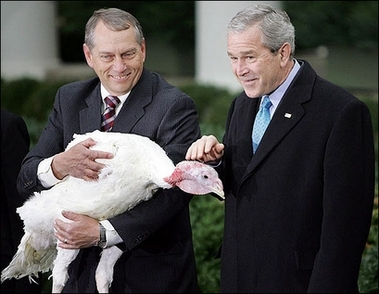 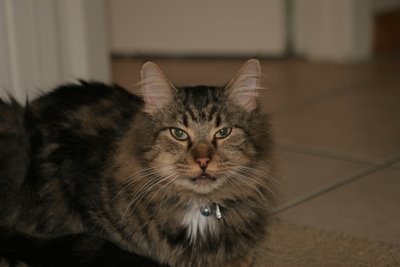 Maxx is feeling much better today. Of course he doesn't know he's going to the vet this afternoon. But he is excited that I'm roasting him a chicken tomorrow!
Posted by four legs good at 11:31 AM 7 comments: 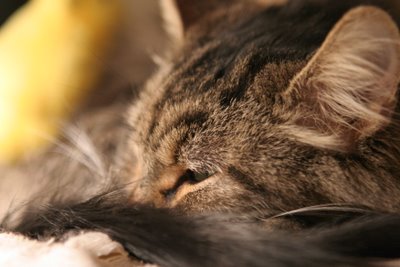 Poor Mr. Plushy had to tough morning today. His little mouf was bleeding so I had to chase him around and dose him. When I left he was sleeping comfortably. 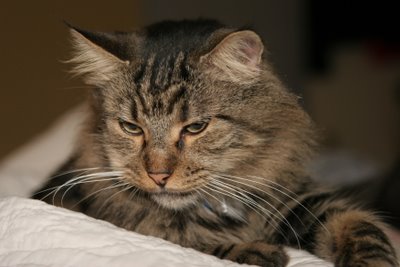 Not much to report- Maxx had a good weekend, he's eating enough for two cats and seems to be tolerating his medicine pretty well. He goes in for a checkup on Wednesday to make sure the peroxicam isn't doing anything awful to him.