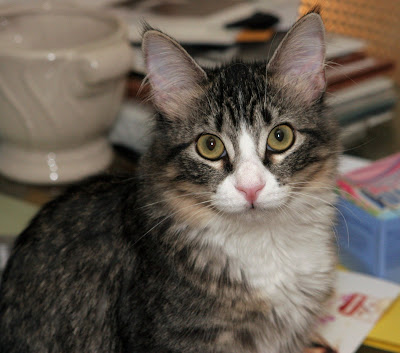 I'll jump on your haid as soon as I get through being cute. 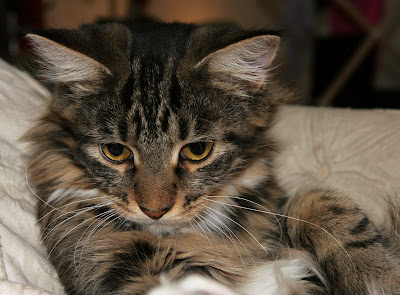 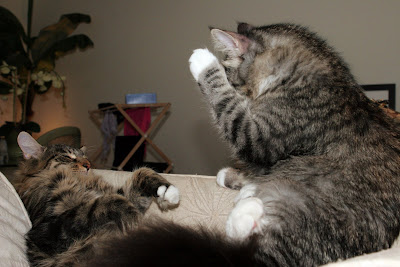 A glimpse into the plushy-terror training camp. Tremble, you fools, at the doom that awaits you!!
Posted by four legs good at 12:28 PM 6 comments: 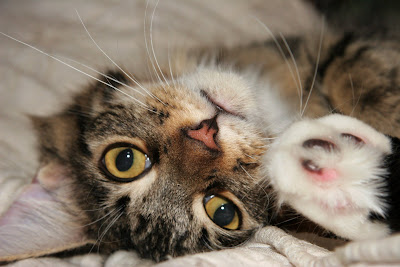 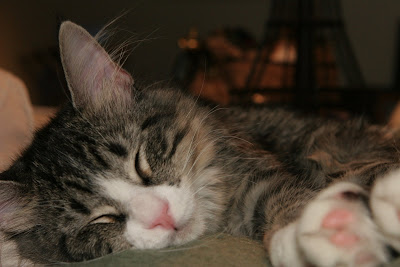 I don't believe these photos require any captions.
Posted by four legs good at 10:44 PM 7 comments: 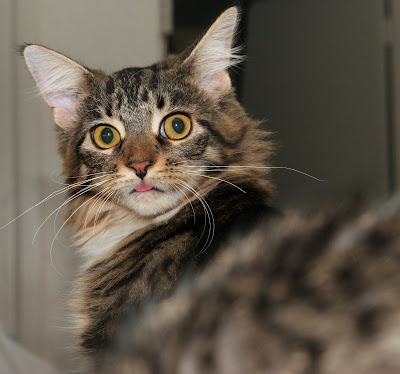 And your friday Ripley She's awfully cute. Even when she's up on the table, where she's not supposed to be.
Posted by four legs good at 12:58 PM 5 comments: 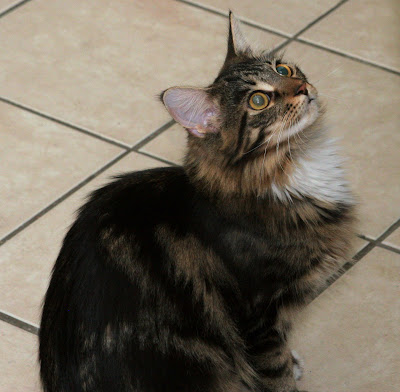 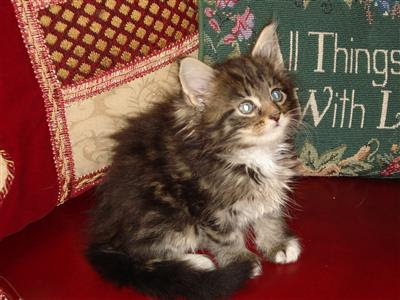 Too bad the tail o'doom isn't in the photo- that contrast is *really* frightening.
Posted by four legs good at 12:39 PM 4 comments: 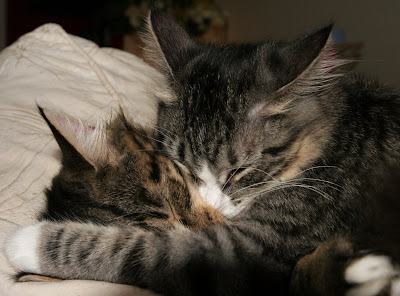 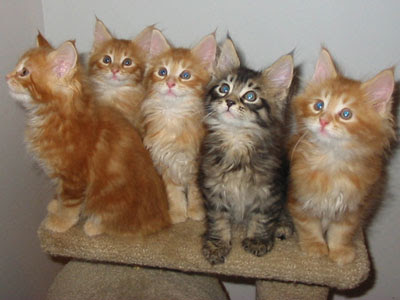 I need to stay away from Maine Coon kittenz. They are just tooo irresistable. 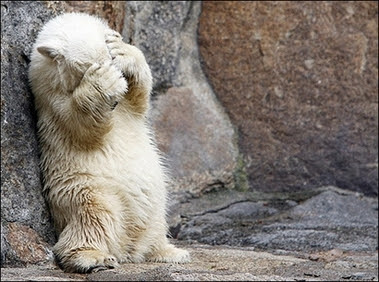 Knut is now officially a teenager. 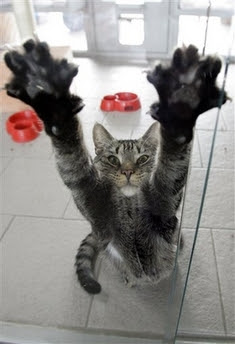 I am in ur houz grabbing all ur mousies. 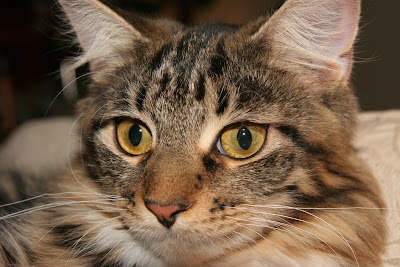 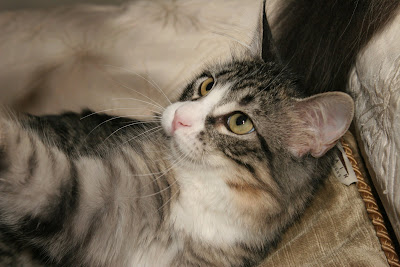 Our very own Athenae is having a very good day. A dreamy new job is in the offing and she has a new book contract in hand.

Update: Of course we still hates us some Holden, cause he's a pony hoarding fluffit.
Posted by four legs good at 1:43 PM 5 comments:

Coultergeist Sucks and David Gregory is a sock puppet

As John says, there are just so many things wrong with David Gregory's line of questioning to Elizabeth Edwards.

Not kidding. According to NBC's David Gregory we're all missing the very important points that Ann Coulter makes because we get caught up in her hate speech. He just said to Elizabeth Edwards "if you strip away some of the inflammatory rhetoric against your husband and other Democrats, the point she's trying to make about your husband, Senator Edwards, running for the White House is in effect that he's disingenuous..."

Watch the video at the link. It's completely unbelievable. If someone on the left were saying such things, would Gregory be "stripping away the hate speech to get to the point?

No, he wouldn't. He'd be busy calling every sitting democratic congressman and senator to get them to denounce that person.

Elizabeth Edwards is entirely correct- this issue is the hate speech.

What boobs like David Gregory fail to recognize is that Coulter is just an extreme practicioner of a tried and true tactic employed by the right. It's called DESTROY THE MESSENGER.

If you can belittle your opponent with personal attacks, no one will take them seriously. So John Edwards' good work on poverty gets reduced to a "PR ploy to keep his profile high."

What complete and utter bullshit. The media has absorbed swiftboating as a perfectly acceptable thing to do. They need to stop it now. Just stop. Quit enabling the ann coulter's of the world.

As Jon Stewart famously said, "You're hurting America."
Posted by four legs good at 9:52 AM 6 comments: 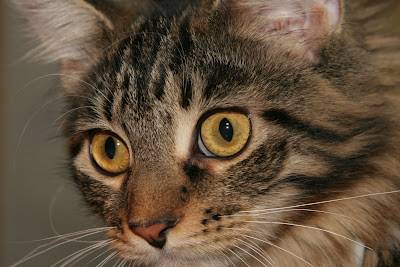 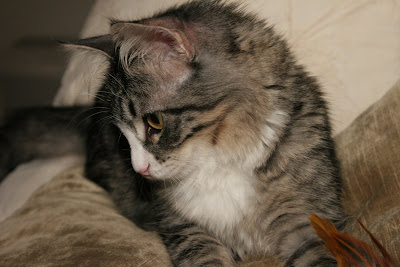 And another really, really busy day for me.
Posted by four legs good at 11:19 AM 5 comments:

Eli posted some shadow pics from the Planetarium, so I will too.

Course mine aren't black and white. And the bottom one should probably be cropped some, but what the hell.
Posted by four legs good at 6:25 PM 2 comments:

This is how these sessions typically go: 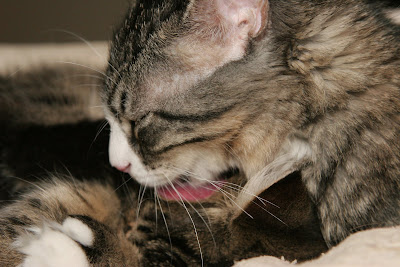 Ripley comes over and begins grooming a sleeping Maddie. 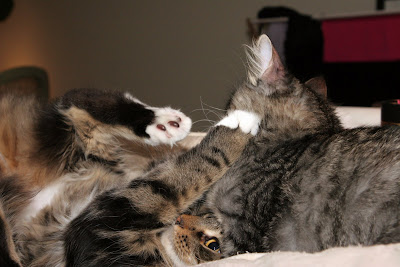 But being a kitten, after a few minutes, she just can't resist chomping down on her. 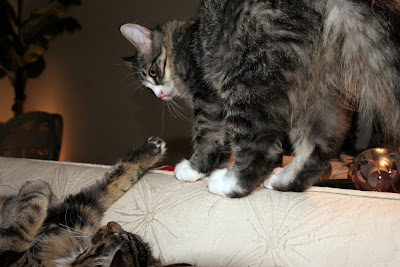 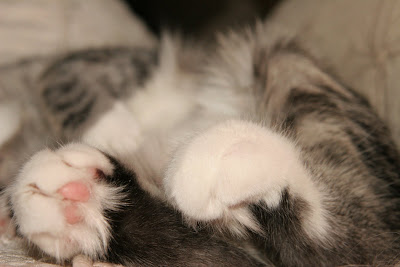 Not just pink, but pink AND curly. Heee.
Posted by four legs good at 3:25 PM 3 comments: 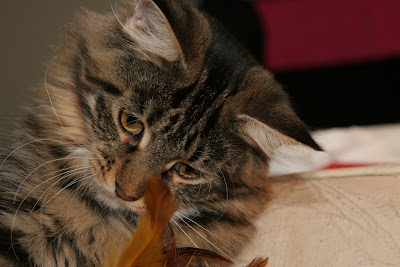 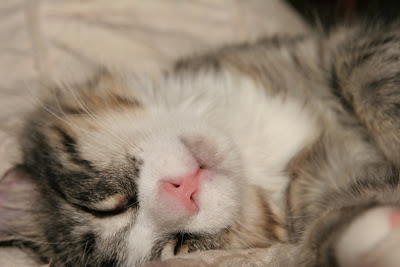 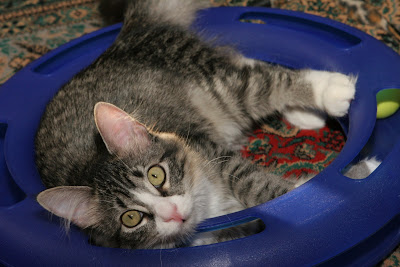 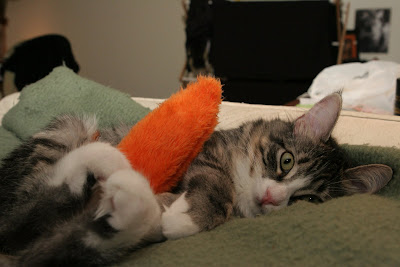 Fighting the psychotic alien carrot is hard work. Can I have some tuna? 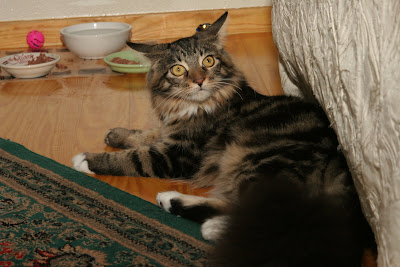 What do you want now? more flashy-thinging? 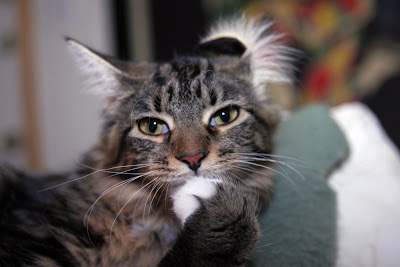 There is nothing wrong with my ear. I don't know what you are talking about.
Posted by four legs good at 1:59 PM 12 comments:

Hey, if Atrios can put videos up, so can I.

I know I'm not young or hip, so fucking sue me. I heard this on the radio on my way to work last week and I've been thinking about it ever since. I wasn't even that big of an Emerson Lake & Palmer fan, but this song is just beautiful.

And what band today is writing anything even remotely as beautiful and simply produced?

This is probably my favorite photo from my NYC trip. The day we went to Coney Island was the same day as the Puerto Rican Day parade, and the young were out in force, all wearing bandanas, jerseys and hats sporting the Puerto Rican colors.

I was lucky enough to catch this young man as he turned back to look back along the boardwalk.

In my opinion, this is what America is all about, our immigrant cultures. Some of the young men I saw are probably third or fourth generation, and some's parents may have immigrated more recently. No matter. They were all young, energetic and unashamedly proud of their heritage, as they should be. We saw families, young couples, and some oldsters as well. All of them smiling and enjoying a summer day.