Return of the Plush!! 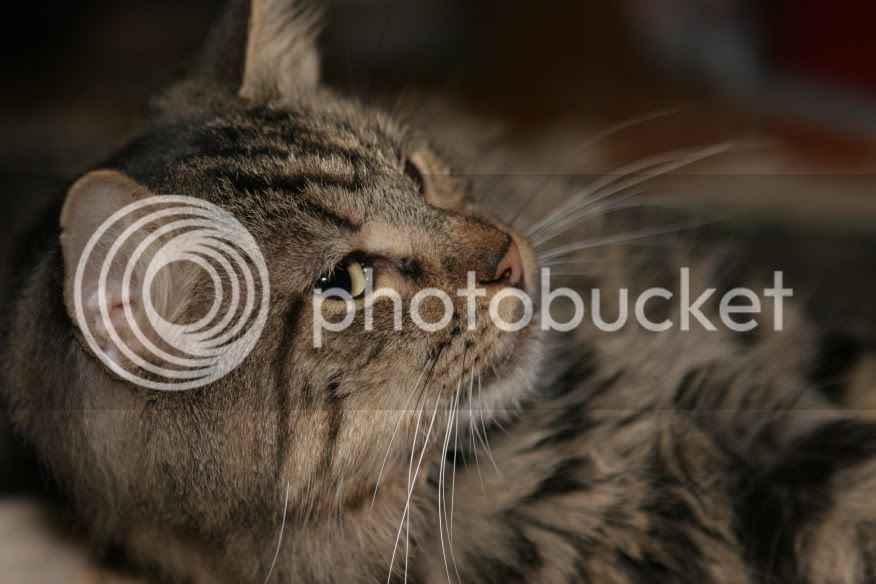 Sorry, but I've been tied up the past day or two. 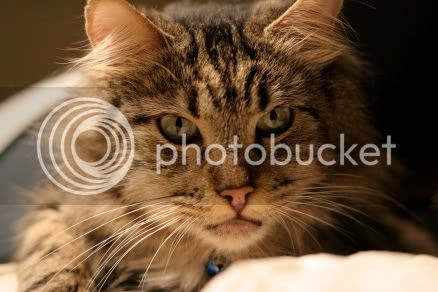 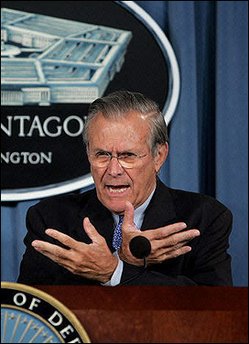 I'd like to invite the secretary of defense to jump up and bite my ass.

In unusually explicit terms, Rumsfeld portrayed the administration’s critics as suffering from “moral or intellectual confusion” about what threatens the nation’s security and accused them of lacking the courage to fight back.

Ummm, no. We're not the least bit confused. As for morals, I believe it's the republican party and the Bush administration who has the morality problem.

We understand perfectly that there are muslim extremists who would like to blow us up. Where we differ is on the best method of combating those terrorists.

I think their policies are failures and their ideas on foreign policy are absurd. And I think killing civilians in the name of "spreading democracy" is murder.

But we agree on one thing. America is under assault from a new type of facism.

It's called conservative republicanism. I say we fail to confront it to our peril.

As for my courage, hey Rummy! why don't you come over here and fucking jump on my goddamned razor sharp pitchfork? Last time I checked, it was your party that is overrun by a bunch of whiny-assed chickenhawks.

I think we've all had just about enough of your nonsense, you insane, pathetic, delusional, war-mongering old man.

PS. Any democrat in public office who falls for Rummy's bullshit will be summarily shot into the sun.
Posted by four legs good at 2:58 PM 3 comments: 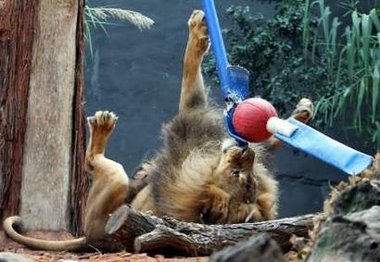 Even big lion kittys like to play pouncy-pouncy with their toys. 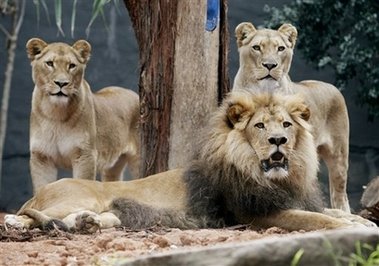 African lions in their new enclosure at Sydney's Taronga Zoo. 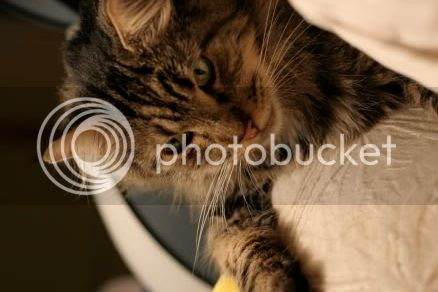