No burritos! the horror!! 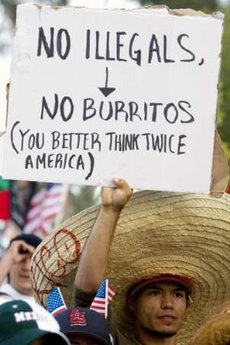 Okay, this guy has the right idea. Being objectively pro-burrito, this sign is enough to strike terror into MY heart.
Posted by four legs good at 12:16 PM 7 comments: 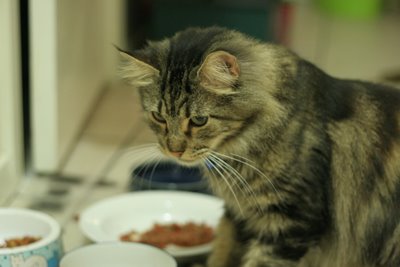 About Colbert and his muchos huevos grandes 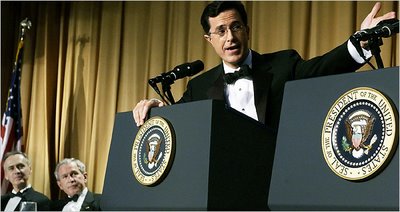 I haven't weighed in on the ballsalicious appearance of Stephen Colbert at the WH Press Association dinner last Saturday yet, because, frankly, the whole affair is just baffling to me.

I keep reading about how "Bush stole the show" and how "Colbert just wasn't funny" or "he crossed a line" or "he was inappropriate for the room." And worst of all, I read somewhere that "Bush is president and he deserves our respect." Huh?

Holy fucking moly. Have people gone mad? I watched the video, and I didn't find chimpy funny at all. And while admittedly, I am pretty much a Colbert fan, I thought he was hilarious. So maybe I'm not an unbiased observer.

But here's the rub. Just what did Colbert say that was a surprise to anyone? You can argue about his delivery, but Colbert was dead on in the facts. And that appears to be the problem. Just pointing out the facts is the real sin inside the beltway. Apparently saying the obvious is considered borish and rude. Or worse, uncivil. I'll say this for Colbert, he didn't water down his act to make the boffins in the room more comfortable, and I give him props for that.

And can we please dispense with this "Bush is preznit and he deserves our respect" nonsense? The man has wrecked the country, lied us into an unneccessary war that is responsible for the deaths of thousands of American soldiers and tens of thousands of Iraqi civilians, embarked on a policy of torture and secret rendition, spied on American citizens, flouted congress and the rule of law, outed a CIA agent, and other transgressions too numerous to mention.

He. Does. Not. Deserve. Our. Respect.

He never did. I love my country, and the office of the president has my respect. The man occupying that office has to earn it. I want to ask the media, if after all this, you're still too timid to go after this man, what will it take? if not now, when?

Stop being such a bunch of pussies. Grow your own set of muchos huevos grandes. The country will thank you.
Posted by four legs good at 12:40 AM 5 comments:

He's like a rainbow. And he wants me to get the fuck out of the way so he can go outside for a prowl.
Posted by four legs good at 9:53 PM 30 comments: 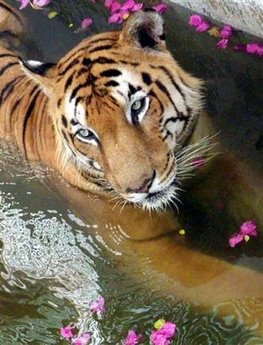 Watertiger seems to be all over the net today.
Posted by four legs good at 12:11 PM 3 comments: 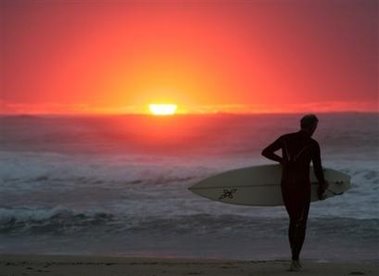 A surfer on the beach in Sydney, Australia.
Posted by four legs good at 12:07 PM No comments:

At last!! some plushy 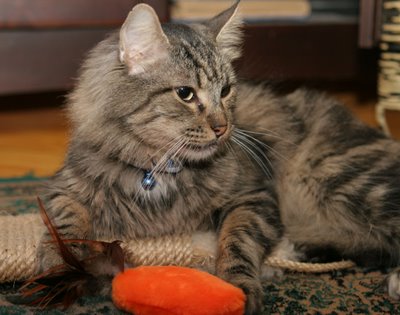 Somewhere, a pretty atriette is sighing with relief. Mr. Plushy has not deserted them.
Posted by four legs good at 11:23 PM 8 comments: