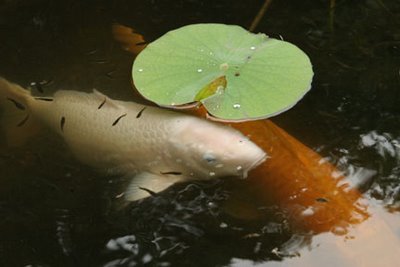 Koi in the japanese garden at the Zilker Botanical Gardens. They really are as big as they look.
Posted by four legs good at 11:11 PM 3 comments: 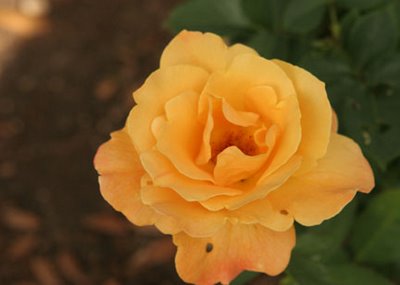 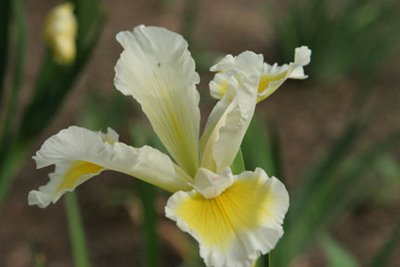 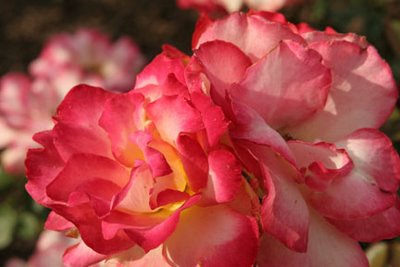 Some florals I took at the Zilker Botanical Gardens. The world is a wondrous place.
Posted by four legs good at 10:48 PM 1 comment:

Maxx hopes the peep will disappear after tomorrow.
Posted by four legs good at 3:31 PM 3 comments: 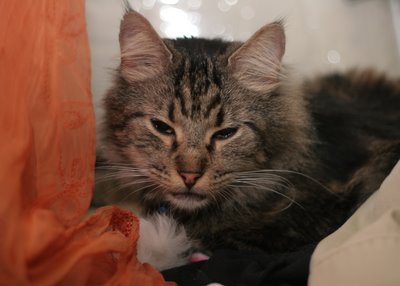 Here's Maxx stalking his mousie in the laundry. He hates the flashy-thing. It makes him squint.
Posted by four legs good at 3:36 AM No comments: 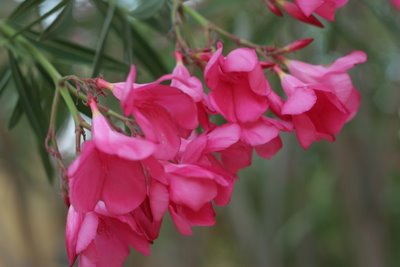 Some random flowering tree. I have no idea what it is.
Posted by four legs good at 9:40 PM 3 comments: 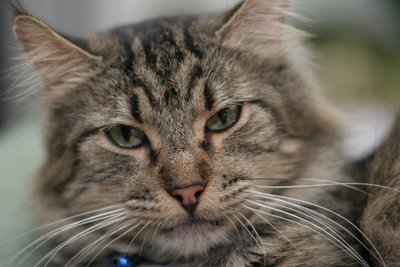 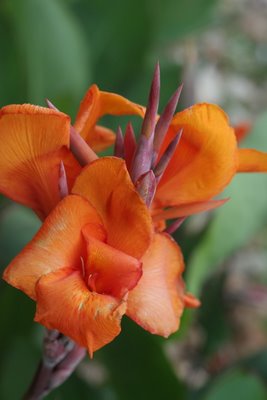 It was a lovely, lovely day in Austin. The weather will turn hellish soon, but for now, it's glorious, and the flowers are blooming. This canna is growing in our courtyard.
Posted by four legs good at 8:11 PM 3 comments: 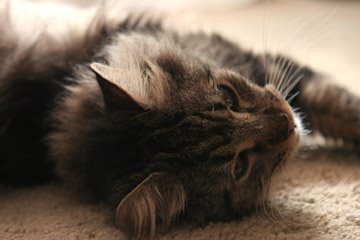 His royal plushiness, reclining on the carpet this morning. Notice the hilarious chin whiskers... I loves me his little lion kitty face.
Posted by four legs good at 5:05 PM 3 comments: 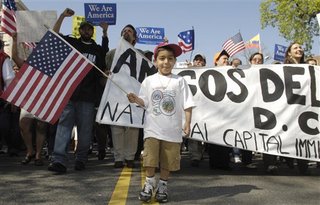 
So I'm sitting in class tonight, and one of the kids shows their assignment photos from the Monday protest march in Austin, when one of the other kids goes into an outburst, "why the hell are they carrying a Mexican flag?" My reaction is, "why the hell not? who cares?" Okay, so the kid is only 20, and what the fuck does he know? But I know that his attitude is a common one.

And it really bothered me. It bugged me enought that I thought about it all the way home. Why are people so angry? When did our culture become so miserly? We've got ours so the hell with everyone else? is that it?

I don't have an answer to any of this because I don't get it. We are a wealthy, wealthy country. We can afford to be generous. We can afford to give these people a break, to give them their shot. I'm inclined to say, fuck it. Let them in. Document them, let them have their chance.

What happened to "give me your tired, your poor, your downtrodden"? maybe it was always an illusion, or maybe it's just one more ideal that we've abandonned on our way to being the toughest guy on the planet.

Mr. Plushy wants you to know...

...that he has the evil, alien carrot under control. You may all sleep soundly in your beds.
Posted by four legs good at 2:04 AM 3 comments:

Did you ever, in your wildest dreams, imagine that the term "rogue state" would be used as a description for the United States?

Billmon has more on the latest article in the prestigious journal Foreign Affairs, The Rise of U.S. Nuclear Primacy.

According to this article in the latest issue of the prestigious journal Foreign Affairs, a dangerous rogue state is currently seeking a nuclear first strike capability -- as part of a carefully planned bid for world domination.

When you combine this intelligence with what we already know about the country's leader -- an unstable, impulsive man who is deeply unpopular with his own people, but who believes God has chosen him to destroy his country's enemies -- it's clear the international community has an extremely serious WMD problem on its hands.

This sounds like another job for the coalition of the willing. While we may not be certain the regime's intentions are aggressive, we can't afford to take chances. After all, we don't want the smoking gun to be a mushroom cloud.

I'm currently listening to McCafferty and other guys natter on about this on Hardball. Sadly, the conversation is centered on "those crazy Iranians" and not on the madmen here at home.

It's enough to drive a centaur to drink.
Posted by four legs good at 2:53 PM 4 comments: 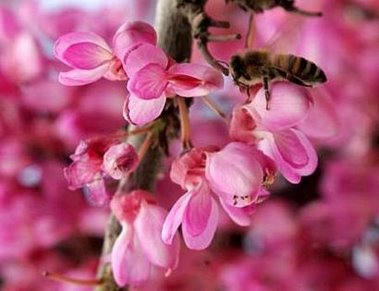 Something pretty.
Posted by four legs good at 2:49 PM 1 comment: 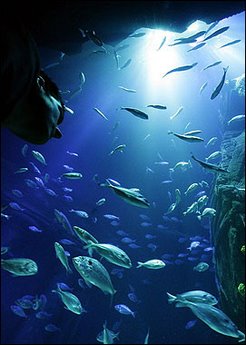 Fishies swimming in the Munich Aquarium.
Posted by four legs good at 11:07 PM No comments:

When he wakes up I'll try to get him to mail them to the white house.
Posted by four legs good at 10:47 PM 2 comments: 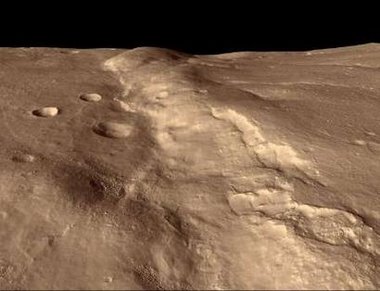 "This image from NASA's Mars Reconnaissance Orbiter spacecraft generated from digital topography taken on March 24, 2006 and released by NASA April 6, shows an overview of the Mars terrain covered in this first color image of Mars from the high resolution imaging science experiment (HiRISE) camera on the Orbiter. The images reveals gullies, pocked craters and wind-formed dunes on Mars' southern hemisphere. Image released April 6, 2006."

Amazing what science can do, eh?
Posted by four legs good at 11:13 AM No comments: 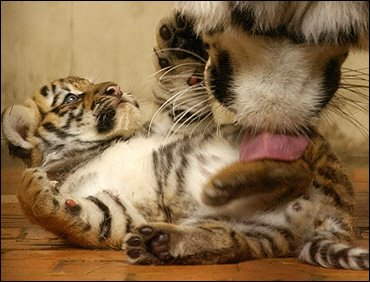 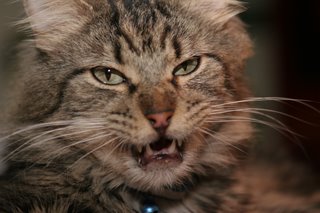 ...I oughta jump through my worm hole and bite you in the ass. Picking on my aunt sally like that. You bastards!!
Posted by four legs good at 10:58 PM 2 comments: 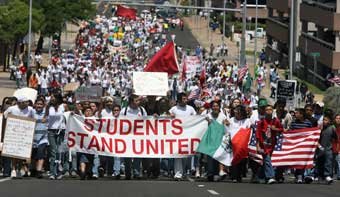 Another scene of the student protests in Austin today. This morning, over 1000 students rallied on the UT campus and then marched on the capitol.

This evening literally thousands of protestors converged on the state capitol. Police are reporting that the marchers were taking 20 minutes (seriously) to pass any given fixed point. That's a whole lotta folks.

Democracy in action. Gotta love it.
Posted by four legs good at 6:04 PM No comments: 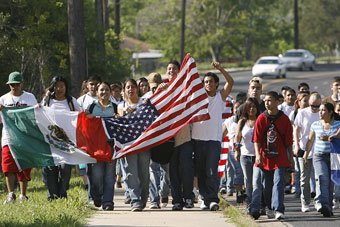 These kids are all going to be voting soon. The republican party is completely fucked.
Posted by four legs good at 12:28 PM No comments:

Now here's something interesting... the NYTimes is launching a new feature- Ask the Editors.

And Bill Keller is going first. Don't just sit there. Get over there and email him!

My question? "Why do you keep an asshat like Bobo on the payroll when he could be replaced by a high school junior at a fraction of the cost?"

The antidote to wankery... 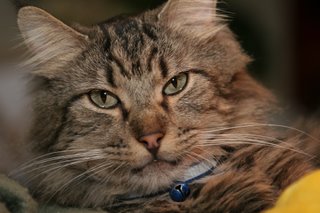 What with one thing and another, I hadn't gotten around to reading reports of what Hersch was saying on the news today about his article exposing Bush's plans to possibly hit Iran with tactical nukes. So I hadn't picked up this little nugget of insanity:

Another government consultant is quoted as saying Mr Bush believes he must do "what no Democrat or Republican, if elected in the future, would have the courage to do" and "that saving Iran is going to be his legacy".

"The word I'm hearing is messianic," Mr Hersh said yesterday on CNN. "[Bush] is politically free. He really thinks he has a chance and this is his mission."

Messianic? are you fucking kidding me?

If I was uneasy before, now I'm freaking terrified.

Via the Julian Borger in the Guardian: US plans strike to topple Iran regime - report
Posted by four legs good at 12:34 AM No comments: 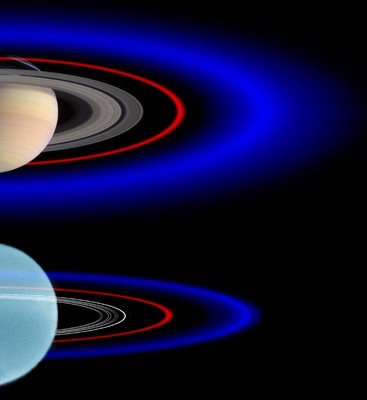 The recently discovered ring around Uranus is bright blue. Via Space.com:

Saturn is the only other planet with an identified blue outer ring in the solar system. Both blue rings are associated with small moons; Saturn with Enceladus and Uranus with Mab.

"The outer ring of Saturn is blue and has Enceladus right smack at its brightest spot, and Uranus is strikingly similar, with its blue ring right on top of Mab's orbit," said Imke de Pater, professor of astronomy at the University of California, Berkeley.

All other rings, such as the those around Jupiter, Saturn, Uranus, and Neptune, sport a reddish color because they are composed of larger particles that reflect red light. The particles themselves may also be reddish, possibly from iron.

The color of Saturn's blue ring has been credited to the tiny particles spewed into space by Enceladus as it orbits around the planet. But the same probably isn't true for Uranus, scientists say. 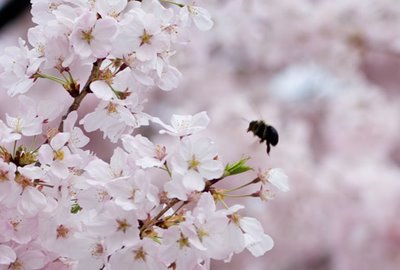 Hiatt is an asshat

I'm too tired to dissect the nonsense that appeared in the Washington Post this morning: A Good Leak. Luckily, Jane Hamsher has done it for us: Does Fred Hiatt Even Read the Washington Post? The answer, dearest Jane, is that he does not. From Jane's most excellent smackdown:

The new Washington Post editorial, an enormous turd that editorial page editor Fred Hiatt no doubt wrote, is such an unmittigated piece of BushCo. propaganda, such a giant bag of bullshit it deserves to be taken apart, piece by piece and beaten into the ground. Armando has a rundown of Hiatt’s bloodthirsty warmongering for which the paper will one day soon be held to account. But today’s editorial on the BushCo. leak shows just how the Post is earning its reputation for being just a few shades less reliable than PRAVDA.

Really, please go read the whole thing. I find it a little frightening that Bush apologists are so delusional, and so invested in their hero's success, that they'll go to such lengths to defend the indefensible.

Bottom line, Bush released classified information, not in the public interest, but to protect his own sorry ass and to punish a political opponent.

That's unforgiveable. I don't care whether it's technically legal or not. It's wrong. Period. End of story.

The president is not supposed to use the apparatus of the state to punish his perceived enemies. That's abuse of power.

He deserves to be thrown out on his worthless ass.
Posted by four legs good at 5:00 PM 4 comments: