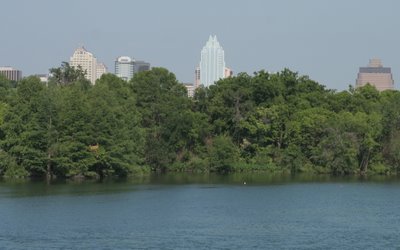 A not so great photo of the Austin skyline taken from the Crenshaw Bridge at Townlake.
Posted by four legs good at 10:43 PM 2 comments: 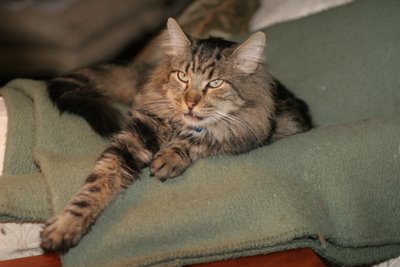 Maxx will keep you company while I'm out today.
Posted by four legs good at 3:26 PM 3 comments: 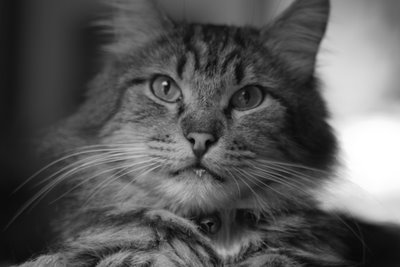 Have we ever had black and white plushy? I think not.
Posted by four legs good at 2:31 PM 9 comments: 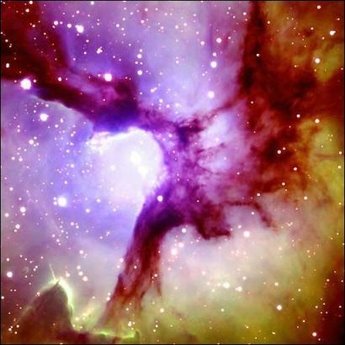 This Image shows the central region of the Trifid Nebula (M20) taken by the Gemini North 8-meter Telescope on Mauna Kea on the Big Island of Hawaii. Two US astronomers have discovered huge quantities of carbon gas mixed with a cloud of dust surrounding a young, yellow star that could resemble our own solar system at its inception, NASA said.(AFP/Gemini Observatory/File) 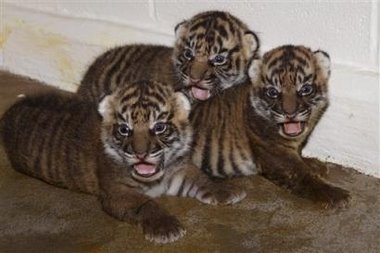 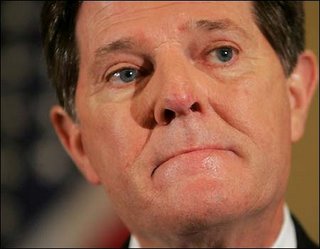 The Texas Election Code permits a candidate to withdraw. However, the Legislature attached a cost to withdraw after a primary. If a candidate withdraws after his party’s primary, the party cannot substitute another candidate for the withdrawing candidate. The reason for this rule is simple – the Legislature did not want the candidates duping voters into contributing money and energy to the candidate in the primary, only to watch the candidate take the money and run, not in the general election, but to the bank. So the law places the burden on the party in whose primary the candidate ran – in this instance the Republican party – to make sure that candidates in the party’s primary intend to and will run in the general election. If the Party fails to impose this discipline, the penalty is that the Party cannot insert another candidate into the race for District 22.

And guess what? today Judge Darlene Byrne granted a temporary restraining order. The money shot is in her order:

Let the gnashing of teeth and wailing commence!!

Delay is a hideous, odious little fuck. No one in the world is going to miss him when he's gone.
Posted by four legs good at 12:32 AM 2 comments: 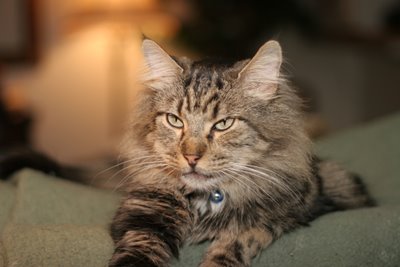 An alternative to the sun 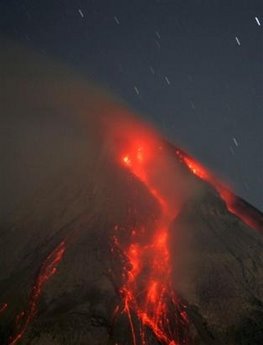 And it's a lot closer. Just saying.
Posted by four legs good at 5:57 PM No comments: 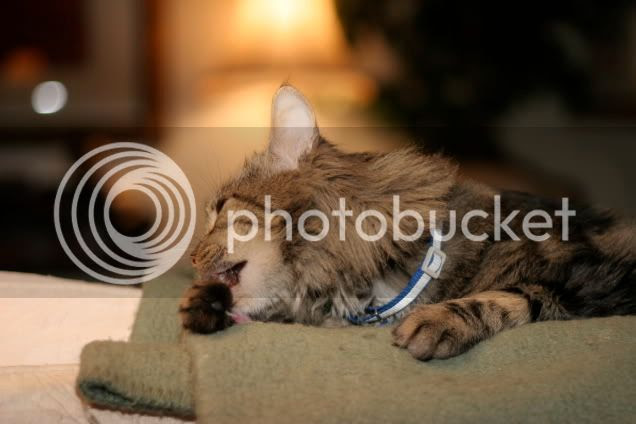 I shall celebrate by giving everyone some random plushiness.
Posted by four legs good at 5:36 PM 1 comment: 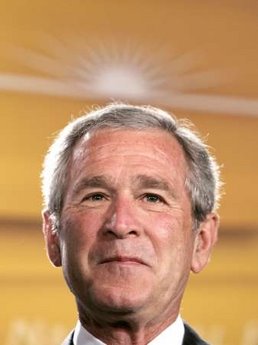 Bombing iraqis agrees with him.
Posted by four legs good at 9:57 AM No comments: 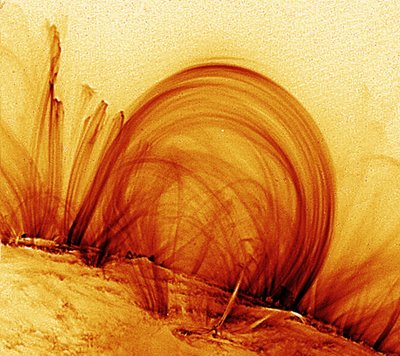 Via Buphonia comes this amazing photograph of the surface of the sun, which coincidentally, looks EXACTLY like I imagine it would if a conservative were shot into it.

The surface of the sun as observed by the Transition Region and Coronal Explorer (TRACE) in high temporal and spatial resolution. From coronal filaments, loops and mass ejections, magnetic arcades, ultraviolet and X-ray storms, and escaping prominences, earth-bound to create spectacular auroral displays or to wreak havoc on power grids and satellite telecommunication systems -- all archived in one giant database. 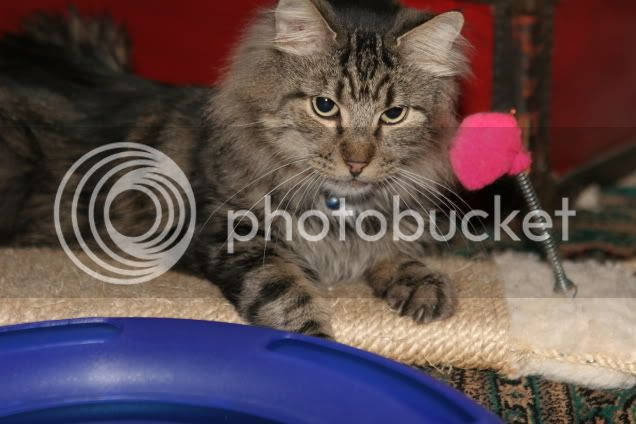 Lion kitty Maxx is wondering when a pretty atriette or two is going to come by to scritch his chin.
Posted by four legs good at 8:58 PM 3 comments: 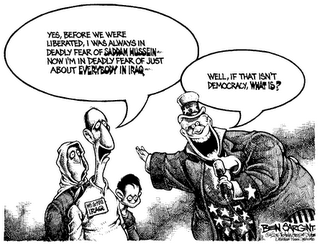 Peeance and freeance march on. Cartoon by Ben Sargent, the pulitzer winning cartoonist from the Austin American Statesman.
Posted by four legs good at 12:37 PM No comments: 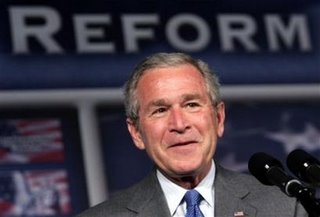 
Chimpy wants to require immigrants to learn english and to study history. Perhaps he should set an example and do that himself.

Just wondering, but is it even remotely possible for chimpy to appear in public without looking like an ass?
Posted by four legs good at 12:32 PM 1 comment: 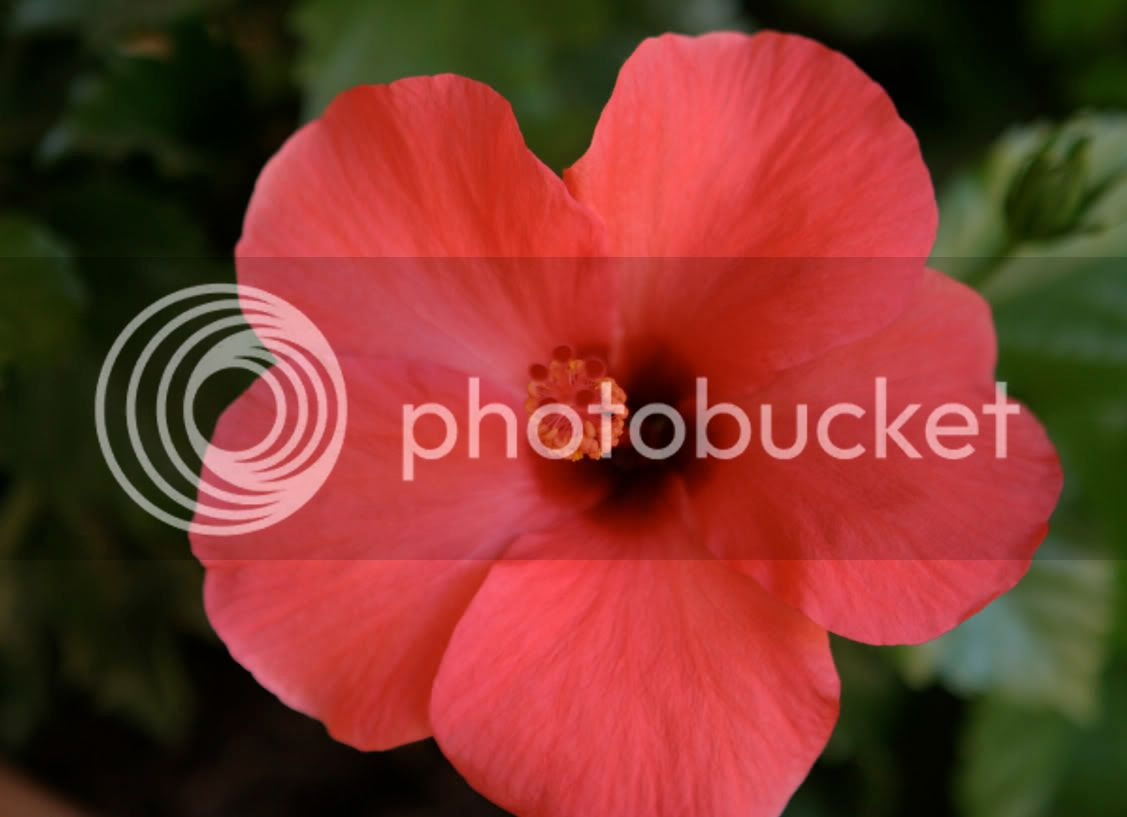 A hibiscus blossom from my porch. Very festive.
Posted by four legs good at 11:20 AM No comments: 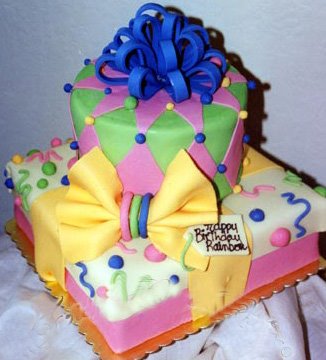 Everyone should go to Mulitmedium and congratulate him on surviving the apocolypse.

A extra dose of Maxx 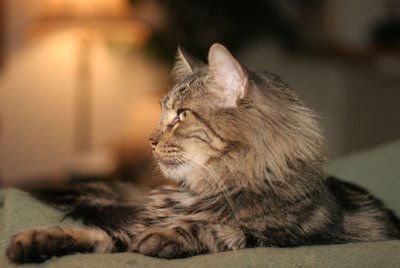 He blinded me with SCIENCE!! 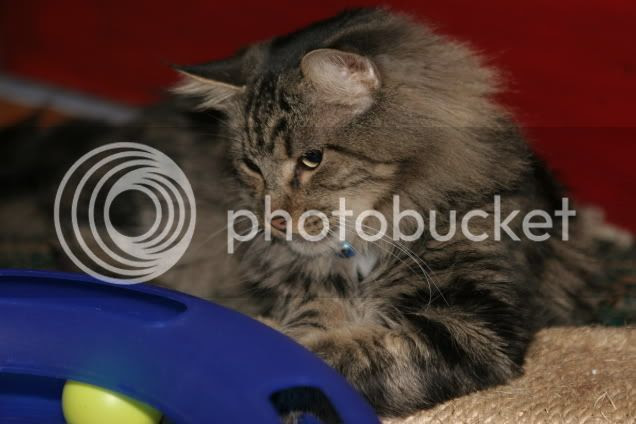 Maxx has decided that if no one in the Bush administration will get serious about science, he will.
Posted by four legs good at 8:30 PM 3 comments: 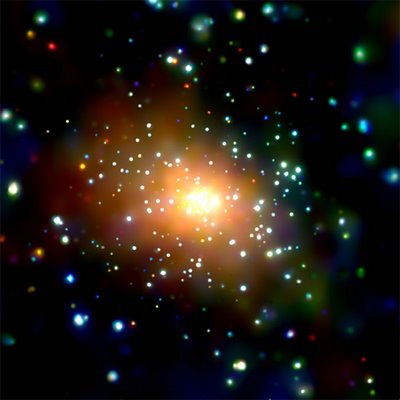 This color-coded Chandra image (red/low energy, green/medium energy, and blue/high energy X-rays) shows the central region of the Andromeda Galaxy, where a diffuse, X-ray emitting cloud of hot gas was discovered in the midst of a collection of point-like sources. Credit: NASA/UMass/Z.Li/Q.D.Wang

A flurry of new images from ground and space telescopes is refining astronomers' ideas about the Milky Way's galactic neighbor Andromeda.

The images were taken with NASA's Spitzer and Chandra Space Telescopes and at the Gemini North Observatory on Mauna Kea, Hawaii.

The pictures reveal new details about Andromeda's central bulge and inner disk, while also peering into its very heart to uncover the source of mysterious pinpricks of light. Meanwhile, a mosaic made from thousands of individual images captures the total amount of infrared light emitted by the galaxy, allowing astronomers to calculate Andromeda's "weight" and determine how many stars form in the galaxy per year.

The new images were presented Monday at the 208th annual meeting of the American Astronomical Society in Calgary, Canada.

Via Talking Points Memo I see that John Solomon has won a $500 weekly prize for his seriously flawed reporting on Harry Reid.

Unbelievable. Apparently his editors are clinging to the premise that all publicity is good publicity. They cite the fact that it was "the most talked about political story of the week- twice" but fail to note that it was talked about because the story was dead wrong and most sensible people were flummoxed by the AP's refusal to acknowledge the facts or to correct the record.

This is the Associated Press we're speaking of.

I'm kind of speechless here. Watching journalism die a slow death is proving to be quite painful.
Posted by four legs good at 1:36 PM No comments:

Good god. Yesterday in Iraq, 56 people were rounded up in a brazen kidnapping, in full view of the Ministry of Justice in Bahgdad. They have vanished, their fates unknown.

BAGHDAD, June 5 -- "Turn back," a friend told Haji Abu Shamaa as he walked Monday morning toward his money-changing shop in the Karkh neighborhood of central Baghdad, a mile north of the heavily guarded Green Zone. "The Interior Ministry police are rounding up people."

But Shamaa walked on, right into a swift, coordinated operation unfolding within sight of Iraq's Ministry of Justice. Gunmen in police uniforms and ski masks had cordoned off the street and were swiftly shoving captives, four or five at a time, into a dozen waiting pickup trucks. Fifteen minutes later, the trucks were gone, and so were 56 people.

The roundup displayed all the signs of an unrelenting kidnapping epidemic in Baghdad. Since the U.S.-led invasion in 2003, more than 400 foreigners have been abducted in Iraq, but thousands more Iraqis have been snatched from the streets, often by people wearing knockoff police uniforms that are easily purchased at local markets.

Bahgdad is so lawless that ordinary citizens cannot go to work without fear of being kidnapped and murdered.

Meanwhile, back at the ranch, our congress is preparing to spend 3 days debating the horror of Ted and Bill's fabulous wedding.

My disgust knows no bounds.
Posted by four legs good at 1:17 AM No comments: 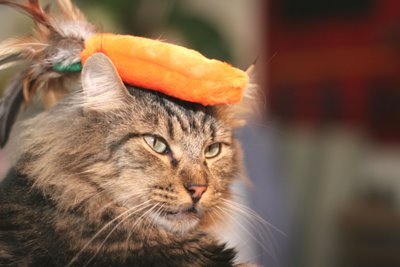 Okay, this is taking "dashing" to an extreme. Can you atriettes stand it?
Posted by four legs good at 9:53 PM 5 comments: 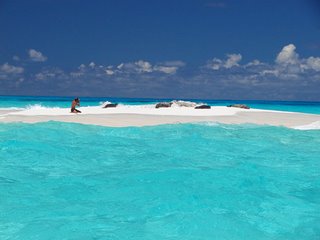 Since we're on the subject of bad news, National Geographic is reporting that Global Warming May Swamp Hawaiian Wildlife.

A chain of tiny, remote Hawaiian islands could become the largest marine sanctuary in the U.S. as soon as next year.

But the rare wildlife living there could disappear beneath the waves by the end of this century because of global warming, a new study warns.

A team of Hawaii-based scientists calculates that two-thirds of some islands in the Northwestern Hawaiian Islands (NWHI) could be submerged by 2100. 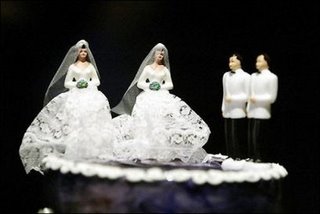 I don't know what's making me madder, the republican push to enshrine their bigotry and hate into the constitution or their refusal to deal with actual problems. They know this amendment has zero chance of passing, and yet they plan on spending 3 days debating it in the senate. All to placate the 29 percenters.

At least Arlen Spector is being honest about it (though that doesn't excuse him from being a freaking douchebag):

Judiciary Committee Chairman Arlen Specter, R-Pa., said he will vote against the measure on the floor but allowed it to get there in part to give the GOP the debate party leaders believe will pay off on Election Day. Specter has chosen a different battle with the Bush administration this week — a hearing Tuesday on the ways the FBI spies on journalists who publish classified information.

Really, could they just fucking stop wasting the country's time and money?
Posted by four legs good at 3:01 PM 1 comment:

Sundays are for napping 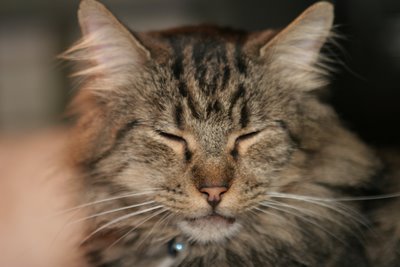 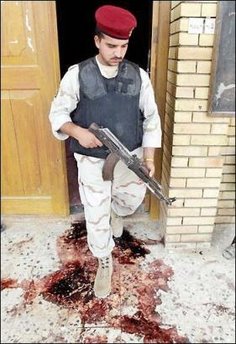 An Iraqi soldier walks on blood in the entrance to a mosque in Basra.

Meanwhile, Gunman dragged 24 students from their cars and executed them as violence raged across Iraq on Sunday.

The victims included youths of around 15-16 years who were on their way to the bigger regional town of Baquba to write end of term exams, but also elderly men, they said.

"(The attackers) dragged them one by one from their cars and executed them," said a police official.

The killings took place in Diyala province, scene of frequent attacks by insurgents waging a campaign of bombings and shootings to topple the U.S.-backed, Shi'ite-led government.

Some tried to flee but were gunned down, a police source said. Reuters photographs showed six men shot in the chest, including one old man and five young men.

In Iraq's south, a Sunni religious group accused security forces in the Shi'ite-run city of Basra of killing 12 unarmed worshippers in a mosque early on Sunday, but police said they had returned fire and shot dead nine terrorists.

The incident came just hours after a car bomb killed 28 people in Basra, challenging a state of emergency declared by Prime Minister Nuri al-Maliki to crack down on criminal gangs and Shi'ite factions whose feuding threatens oil exports.

So much for that turning point.
Posted by four legs good at 3:56 PM 3 comments: 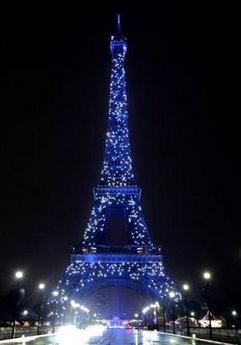